Deborah La Franchi discusses the success behind the Fund’s innovative financial model for building PSH at $225,000 per unit and plans for 2023.

Los Angeles Mayor Karen Bass has declared a state of emergency on homelessness, and Deborah La Franchi of SDS Capital Group thinks private equity dollars can make a big dent in the crisis by building housing faster and cheaper than the public sector.

Los Angeles-based private equity SDS Capital Group will nance development of six new permanent supportive housing projects , or housing for the unsheltered, in Los Angeles in 2023. Construction begins this week on an SDS project with 60 units for the unhoused at 8450 South Broadway in South Los Angeles.

Also, SDS started development in the past few years on eight permanent supportive housing projects, mostly in Los Angeles. One of these projects is in the Bay Area city of Concord.

“The single biggest dierentiating factor for our PSH investments is speed,” La Franchi said of what makes SDS Capital dierent from the public sector. “The private capital we manage can move in less than 60 days. That is what it takes to underwrite and close a project. Time is money. Speed is of the essence for this model.”

The private equity fund provides up to 97 percent of capital for both construction and land acquisition, a one-stop shop which La Franchi said was unique in private equity.

Costs are kept low because SDS works with developers such as RMG Housing, which focus on cutting costs and waste from projects, said Tim Roth, an RMG partner.

Return to capital
La Franchi’s group fund for homeless housing, called SDS Supportive Housing fund, has $150 million, which have been raised from banks and nonprots such as Charles Schwab Bank, First Republic Bank and Kaiser Permanente.

While all of SDS Group’s investors expect a return on their money, prot is not their entire motive for supporting the fund. “Our investors typically have some degree of mission focus on poverty,” La Franchi said.

Los Angeles-based philanthropy Weingart Foundation is one of SDS Group’s investors. Miguel Santana, Weingart’s CEO, said his group expects a rate of return between 8 and 12 percent from SDS Capital so Weingart can reinvest the money in other philanthropic projects.

Weingart also works with private equity groups such as SDS Capital because it is part of the foundation’s mission to explore every avenue to solve a complex issue. Santana said that there is money to be made in housing the unsheltered.

“You have individuals who have the ability to pay rent through federally supported vouchers, and there’s not enough supply to meet the demand,” Santana explained.

Despite increased political will to take on homelessness crisis, the challenges remain high for anyone looking to get into the eld, said Eric Sussman, a professor at UCLA’s Ziman Center for Real Estate.

Bass connection
La Franchi is a member of Bass’ 100 member transition team. She advises the mayor on issues related to permanent supportive housing. She says that there is more reason for optimism than with past L.A. mayors. Bass has demonstrated a commitment to putting a dent in the homelessness crisis. The new mayor’s rst acts in oce were to address the homelessness situation.

There’s no guarantee that Bass will take her advice, but La Franchi believes that the new mayor is taking the right steps. La Franchi advised the city to seek more funds for permanent supportive housing, which includes federal dollars.

She also noted that slashing red tape will be key.

“The speed of the city’s review for permits and clearances is the number one issue for us and many PSH developers. The pace is a major barrier,” she said. “Fees are also an issue. On a $10 million project, the fees are approximately $450,000. The city could waive or eliminate a number of those fees so more projects make nancial sense. If you really want to attract developers, you need not only to say ‘We’re open for business, come here and create aordable and permanent supportive housing,’ you also need to roll out the red carpet,” she said.

“If you expedite projects and reduce cost-prohibitive fees, PSH developers across Los Angeles would not need to chase as much capital,” La Franchi added. 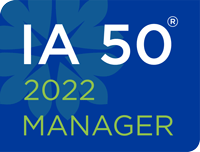